Skip to content
“I had accepted that I might die – this allowed me to continue helping.” The Testimony of a Doctor 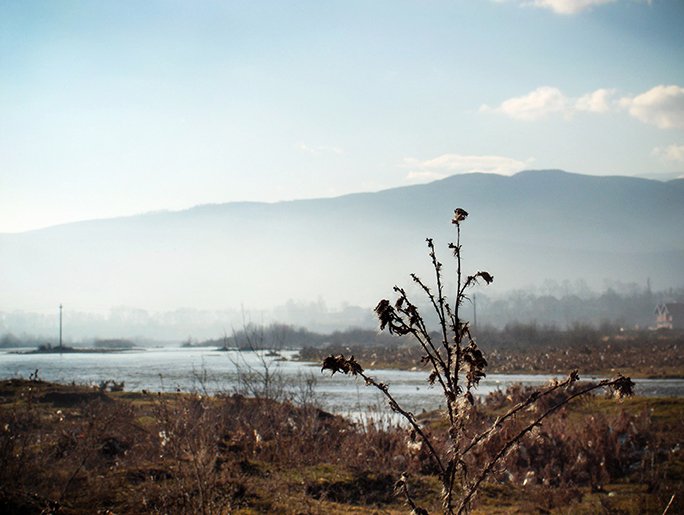 “I had accepted that I might die – this allowed me to continue helping.” The Testimony of a Doctor

“Come in!” we hear in response to our gentle knock on the door. We enter Dr. Cena’s modestly furnished office in the heart of the community health centre.

“Take a seat,” offers Dr Cena as he indicates two black chairs facing a desk that is covered with paper work.

“Please” Luriana and I nod as we take our seats.

He gestures to a health worker passing by in the otherwise empty hallway who soon returns with three steaming cups of Turkish coffee. Dr. Cena, a middle-aged man, exudes authority and kindness as he welcomes us warmly. We had met several weeks ago at an event commemorating the victims of the Kosovo War. It was there that I had asked whether I could interview him about his experience of providing medical support to women survivors of war. “I have lots to tell you,” he had said promisingly.

We discuss the interview procedure and then push the paper work to the side to make room for my small audio recorder on the table between us.

“Ready,” he replies as he removes his doctor’s coat and rolls up the sleeves of his light blue shirt. I push the record button.

“When did you become interested in studying medicine?” I ask.

“I became interested while being a student in the secondary school here in the town of Rahovec,” he replies. “I had enough self-confidence and believed that I was able to study and graduate with a degree in medicine. I was a solid student and, in 1990, I was ready to take the final examinations.” Dr. Cena folds his arms and says in a somber voice: “It was the time when the Yugoslav Federation began falling apart. Under Milosevic’s leadership, new laws were created with the aim to strip us Albanians of our legal identity. The regime expelled us from all public institutions like the police, media, political offices, industry, schools and universities, and medical institutions.” Caught up in the discriminatory regime, Dr. Cena was unable to take his final exams and graduate. “Just like other students, I was forced to take my final exams in the Parallel System. Have you heard of it?”

“I have,” I confirm and remark, “So, I suppose you sat your exams in your professor’s home.”

“Precisely,” he nods. “The problem was, however, that our degrees weren’t recognized by the Yugoslav state and so it was difficult to find work without compromising one’s integrity.” Shaking his head at the memory, he clarifies, “If you wanted to get employed in a health centre, you had to sign a document that stated that you agreed with the Serbian political regime. I couldn’t sign the document, as the regime was so discriminatory. As Albanians, we were categorized as second- or third-class citizens.”

Instead, Dr Cena started to work for Nënë Tereza – the Mother Theresa Society – which provided medical and socioeconomic aid to vulnerable families and, at the same time, helped to establish the human rights branch of the organization Difference of Human Rights and Freedom in Rahovec.

“How did your human rights work influence your medical practice?” I ask as I sip my coffee.

As it turns out, this is the last question I ask for the next hour. Instead, Luriana and I listen intently, with a mixture of horror and sadness, as Dr. Cena outlines what it meant to treat and care for patients amidst the brutality of the unfolding Kosovo War.

“When the war started in 1998, Serbia declared the region surrounding Rahovec a ‘liberated zone’ or ‘free zone,” he explains. “The population of six villages were put under house arrest as punishment for their alleged support for the Kosovo Liberation Army, the KLA.” He tells us that around 8000 to 10,000 citizens were refused employment, education, and health care. Dr. Cena didn’t stand by for long. He soon started to organize a team of doctors, brave enough to enter the zone and open two clandestine ambulantas in abandoned houses, one in Drenoc and one in Radkoc. He also formed and led the Council of Doctors whose goal it was to provide the villagers with medication and regular doctors’ visits.

Yet, their work became increasingly impossible when the fighting began between Serbian soldiers and paramilitaries and the KLA. “We had to meet secretly. Two checkpoints had been built between the villages and we doctors became scared that the Serbs might find our lists in which we had specified who of us was supposed to go to the villages. Therefore, we quit making lists. Instead, plans were made verbally: ‘You have to go today, you have to go tomorrow, you have to go after tomorrow.’ But, the doctors were scared for their lives when entering the zones. Over time, only a few doctors remained who dared to actually go in. Every day, there were killings and lots of wounded people; the atmosphere was saturated with panic. There was not enough medication for all.” He pauses for a moment to gather his thoughts. “To cope, we went to two pharmacies and ordered them to give us all their medication. After the war, we paid the pharmacists for some of the medication that we took, but we couldn’t pay for all of it.”

The fighting reached the town of Rahovec in July 1998. Dr. Cena couldn’t leave his house very often due to the snipers positioned on the roof tops nearby taking aim at people as they tried to carry on with their everyday lives. Soon, killings not only occurred in the streets. The police and paramilitary began to enter homes where they tortured, and often killed, the inhabitants. Dr. Cena decided to flee with his family. His speech quickens as he remembers the flight. “First, I went to the village Pataçan, where I saw many wounded and killed people. They had been ambushed. At the same time, Rahovec was bombed from the direction of Rugova and snipers were shooting at those who had not fled. There was a time when Rahovec was almost empty as most people had escaped and lots of them were killed. Some of them were killed by snipers, some by grenades, some by ambushers.”

Luriana and I listen in stupefied silence as Dr. Cena tells us how he kept moving, from village to village, finding members of his extended family on the way. Yet, at some point, he paused and reconsidered his actions. He tells us that he decided to leave his family behind to return to Rahove. “I wanted to see if there were wounded people who needed my help.” With time, as the fighting became less, others followed his example.

After living through a cold winter under harsh conditions, Spring came and with it the fighting resumed. On the 24th of March 1999, Dr. Cena left the human rights office for the last time and continued his work on his own carrying his camera wherever he went until this also became too dangerous. He witnessed the aftermath of the massacres in Brestovc and Pastasel, helped to prepare mass graves, provided first aid, and tried to calm people who had lost their minds after witnessing ruthless killings and torture. He saw more than he could bear. “I remember this man who had completely lost his mind after witnessing the killing of children in Brestovc. He kept telling me, ‘come with me to the graves’ or ‘come with me to the children.’ After calming him down a little, I walked into the village itself to document what had happened. The village was empty and the houses were still burning. There were lots of killed animals lying around in the streets and the yards. You can’t imagine the scene.”

He wanted to write about it, but he couldn’t. It was too much, too gruesome. “The smell of burning houses was everywhere. I can still smell the blood. Blood has a very characteristic smell. I can also smell the dead bodies. What a terrible smell. I couldn’t eat meat for a long time.”

When NATO began its bombing campaign against Serbia to force its withdrawal from Kosovo, in March 1999, the violence on the ground only increased. “While NATO was bombing from the sky, Serbians burned our houses and killed our civilians.” Dr. Cena remembers the panic and chaos as people tried to flee. What he witnessed during this time, is difficult for him to put into words as the recollection is too painful.

“I tended to a severely wounded man giving him injections although I knew that the army was approaching. What should I have done? Leave him there? Escape or stay with him? I knew that if I stayed, he would die anyway as he had lost lots of blood. He could not survive. But at the same time, I was unable to leave him as he was my neighbour, my friend. That was a very difficult moment.”

He is silent for a while before continuing, “There were moments when people asked me, ‘Will I survive doctor?’ I knew that they wouldn’t, but I had to say, ‘Of course you will! Now we will send you to the hospital.’ While I was tying the wound of one person, he said to me: ‘Fehmi, do something, I cannot bear this any longer.’ I couldn’t and said, ‘Oh uncle, I can’t do anything’.” Dr Cena pauses and all that can be heard in the room for a while is our sobbing. Weeping he continues, “It was a very difficult moment for me as I couldn’t do anything. It was the only moment when I said, ‘I can’t do anything for you. You will die.’”

When NATO forces finally entered Rahovec to free the city on the 14th of June 1999, Dr. Cena witnessed their arrival. “We could hear people screaming in the streets ‘NATO! NATO! NATO!’ I could see a KFOR tank and several soldiers standing surrounded by lots of women and children who were handing them flowers and kissing them.” As tears continue to stream down our faces, Dr Cena says with passion in his voice: “You know, at the moment a man can see that he is close to freedom, he feels enormous joy. But when he starts to think about the ones who are not alive anymore, whenever the commemorations of the massacres take place… I can hardly stay there as I start to cry. I knew so many of these people.” Catching his breath, he concludes, “I ask myself often, ‘how was I able to do all this? How come I wasn’t scared during the war?’ But when a man sees lots of killings, he says to himself ‘I might be killed next. I have to die.’ When you accept that, strength comes and fear disappears. When I ask now, ‘how was I able to do all this?’ I understand that I had accepted that I might die – this allowed me to continue helping.”

An overwhelming sense of grief has filled the room and we are silent for a long time. There are no words. Finally, Dr Cena’s voice cuts through the silence, he shakes his head as though awakening from a dream and says, “Well, I guess we should make an appointment for the interview.”