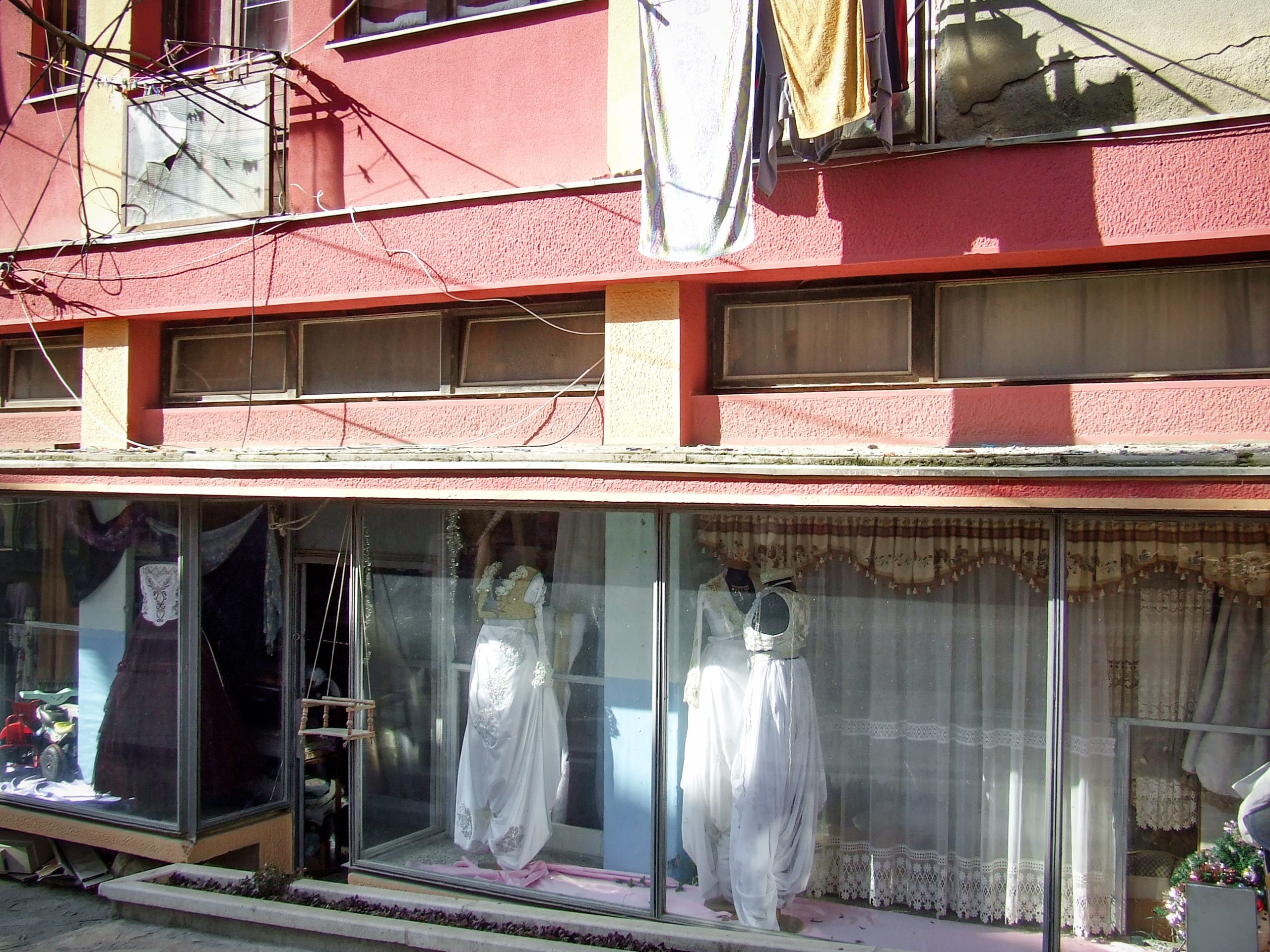 The politics of nerves

“All of us are nervoz since the war.”

“How can we not feel nervoz after what we went through?”

Women who had survived the Kosovo War and struggled to rebuild their lives in its aftermath evoked nerves to express their distress, marginalisation and alienation connected to painful memories of war, economic hardship and disadvantage.[1] They also used nerves to negotiate little freedoms, advance life goals, and bring about societal change.[2]

The first refers to a sentiment of irritability and anger.

One can be nervoz about someone or something without necessarily developing symptoms that affect one’s health. Women often said that they get nervoz about their misbehaving children, inconsiderate husbands, and rude neighbours. In other instances, women directed their nervoz at political leadership, their country’s economic situation and lack of prospects, and international power games around negotiations for Kosovo’s statehood. I frequently encountered angry outbursts among women who engaged in competition with each other for scarce resources, such as humanitarian aid and economic opportunities. As they accused each other of greed, unfair strategizing, and corruption to get ahead in life, their anger became palpable and contagious through the words that were spoken, the gestures, facial expressions, and tone of voice. These merged into a tense and sticky atmosphere that was difficult to escape once one was entangled in it.

The second meaning of nervoz applies to bodily and emotional pains.

In conversations about their health and wellbeing since the war, I asked the women whether they had a term that encapsulated all the symptoms they had listed.[3] One common term that arose from speaking to each of the women was that they all suffered with nervoz.

Abnore[4] told me, after returning from a visit to the nearby graveyard of martyrs, “I feel nervoz and I have pain in my chest. I need to go out a little and try to talk about something else with my sisters-in-law.” In another instance, Adelina explained, as were drinking coffee in her large, nearly empty living room: “Lately I develop high blood pressure when I send my son to get the money for the installments for the credit [a micro-credit project in the village]. I become nervoz and develop high blood pressure. So, I know it’s from nervoz as my heart starts trembling and beating strongly.”

The women said that they only became nervoz about matters that are important to them.

I was told, “I become nervoz about things that have meaning.” These included memories of the war and related grief, the burden of widowhood and the overwhelming responsibilities associated with it, economic problems, the fear of not being able to provide for their children, and interpersonal conflicts. Women explained to me that their symptoms increased when they remembered the war or specific events related to it and visited places where they or others had encountered gruesome experiences.

Moreover, the same sensation had started appearing in other spheres of their lives that were stressful. The women were now also experiencing symptoms of nervoz due to the country’s ongoing unstable political, economic, and social situation.

Sh[5] explained during an interview, “When I work hard, I don’t experience nervoz. But when I think about the war, I do. But lately it happens also when I don’t think about the war. When I get nervoz with my children, it appears as well.” She reflected, “It started with memories about the war and now it continues with other problems.”

Nervoz presented itself as a wavering entity.

Like a tide, it rose and fell with the combined effects of memories, emotions, and social context. It could vary in intensity and timescale, ranging from hours to years as it was subjected to various environmental forces. As such, it was reflective of the unpredictability, instability and uncertainty characterising a post-war society struggling for statehood and independence.[6]

After her husband had returned from Germany, where he had lived and worked for one year to contribute to the family income, Linora explained, “I am freer and my nervoz is less. Now that my husband is back, I feel much better.” With Kosovo’s unemployment rate hovering at around 50 percent Linora knew, however, that it was only a matter of time before he would leave her again to take the next opportunity to work abroad “pa letra” (without papers). “If he goes again,” she contemplated, “my health will change and the problems will be back.” Her bodily reactions seemed to mirror the fluctuation of everyday life, which she often perceived as out of her control and, therefore, met with suspicion.

Yet, post-war life was not entirely uncertain.

It was also shaped by predictability and repetition rooted in tradition and daily routines to which women related ambivalently.

On the one hand, sedimented traditions and societal norms gave comfort in the midst of an uncertain and rapidly changing world. On the other hand, these societal norms could feel stifling and constraining, holding women back who yearned for more gender equality, a better standing in society, and greater independence and decision-making power. Questioning traditions, voicing dissatisfaction and actively trying to change facts on the ground was a balancing act. Widows especially, whose husbands had died in the war, often felt insufficiently supported and vulnerable as they tried to reconstruct their social and material world. They explained that nervoz resulted from the enormous responsibility of being simultaneously “the man and the woman of the house,” having to provide an income for their family while struggling to find paid work, while also having to compete for the humanitarian aid delivered to their villages, and dealing with the gossip that usually resulted from offending gender norms in the process.

As we were sitting in her beautiful flower garden, bees buzzing around us, Teuta explained that she and her widowed sisters-in-law suffered from gossip and rumours that circulated about them and their lifestyle. “We are freer than other women in the village and we have always been freer, even before the war. People started to talk about us and said that we were going out with the donors [humanitarian aid providers] and that we were enjoying ourselves with them. This bothered me a lot and this is why I am nervoz.”

Claiming space outside the home to advance life goals was a nerve wrecking experience, especially for those women living in tight-knit village communities where they were mostly relegated to the private sphere of family life. As they encroached on territory traditionally dominated by men and by some of the more entrepreneurial women, they unsettled the status quo and, “the way things have always been.” Their presence actively questioned conventional gender roles, and the traditional and predictable order of things. In other words, women’s attempts to rupture and reorder the social world brought with it the destruction of accepted societal arrangements and a reinterpretation of the past by bringing the present into a critical state. This critical state, however, harboured insecurities as it gave shape to new interpretations, not only of the past, but also the future. Such insecurities were often experienced as unnerving by those who had a vested interest in maintaining current power hierarchies.

Nervoz thus went beyond the notion of anger and ill health. It was a means of communication through which women articulated unfair social inequalities and created interpretative frames that permitted the production of alternative contents, questioned taken-for-granted knowledges and practices, and generated affective conditions for social critique as well as for societal change. The accompanying pains were rendered “non-self-identical” – besides being signs of ill health, they also provided women with the capacity to transport critical historical messages about the past into the present and, through a process of interpretation and translation, bring to light desires for the future.

[2] Research for this piece was conducted between 2007-2009 and is reflective of that time. Life doesn’t stand still and the realities of women are changing also in the tight knit village communities in which I lived.

[3] Related blog stories.  For a theoretical framing of nervoz as a form of SymptomSpeak see my article “SympomSpeak. Women’s Struggle for History and Health in Kosovo”

[4] All names are pseudonyms to protect the women’s identity.

[5] The woman asked me to use her initials rather than a pseudonym.