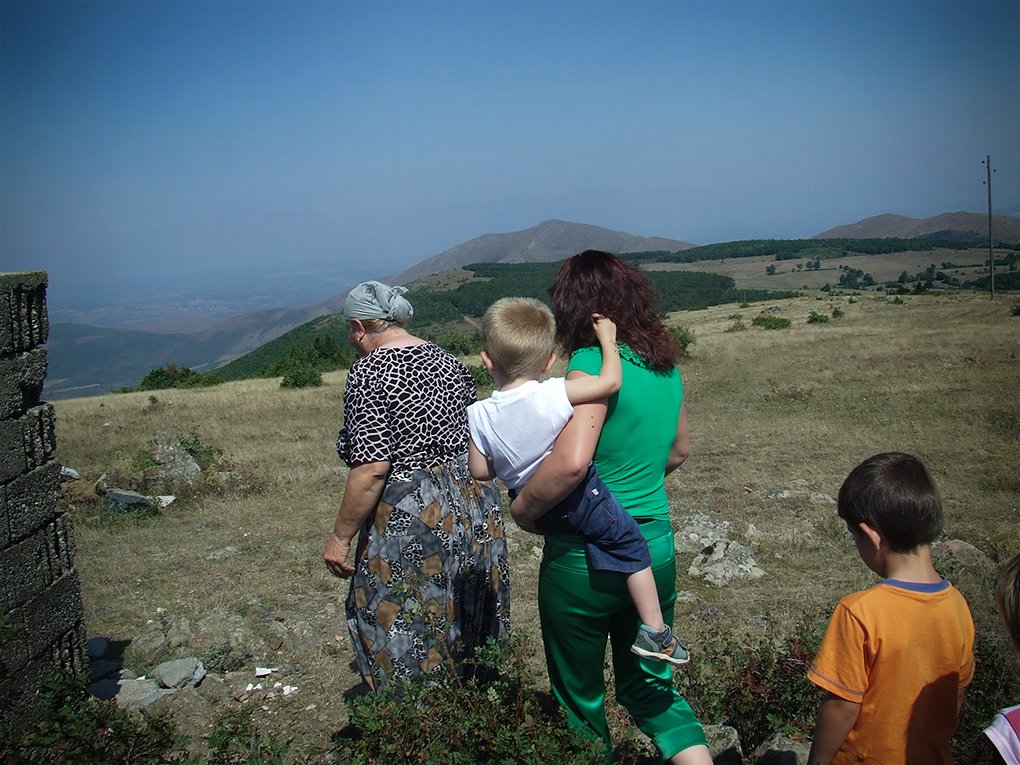 Mërzitna: A conspiracy of emotion

Emotion and talk about emotion are “simultaneously embodied and discursive ways of commenting on the possibilities, limitations, frustrations, and outcomes which an individual faces in engaging with the totality of experience.”[1] As anthropologist Christina Zarowsky notes, emotions convey “the circumstances with which an individual has no choice but to engage.” They can be conceived of as avenues through which to understand social ruptures and injustice, to recognize social pains, misery and hardship, and to be receptive to demands for action.

I learned about emotion talk during my research in Kosovo. Women engaged with it to bring to the fore memories of the war, post-war hardships and anticipation for a future that was incredibly uncertain. One of the most striking emotion words that I remember hearing was that of mërzitna. [2] Mërzitna, I was told, is the popular version of the word mërzitem and translates as to be sad, worried, or bored. It signifies feelings of uneasiness, nagging concern, or listlessness. I also learned that its emotional force was expressed through pain, which seemed to serve as an exchangeable substance for the women to communicate contentious societal concerns.

Recognised as a “shared substance”, pain was exchanged and transferred between women[3] through headaches, stomach pain, high or low blood pressure, cramps and insomnia[4] that inscribed themselves on the bodies of those engaged in communication. A remarkable feature about the pains themselves was that they extended way beyond just the illness experiences; they had the power to bring about alternate realities[5] that revealed the sociopolitical complexities of the war, the struggle for Kosovo’s independence, dispossession, and the loss of loved ones, poverty and hardship, and the fragility of the social fabric.[6]

Women explained to me how mërzitna and its connected pains latched onto their feelings of loss and loneliness related to memories of the war, the death of family members and friends, and to husbands and children moving away from home to work abroad or to study in the capital of Prishtina.

I recall arriving at Teuta’s[7] compound to buy detergent that she had bought in bulk to resell in order to make some money on the side. I noticed her tired and worn-out look. Leaning against my old Golf she said that she was hardly able to sleep the previous night and that her entire body was in pain. She sighed, “I am mërzitna that’s why every bone in my body hurts.” When I asked why she felt that way, Teuta sighed that she had given an interview to Polish aid workers the day before. She told me that “The interview lasted for two hours and was all about the war and the way I coped without my husband.” Shaking her head, she reflected, “I wasn’t prepared for it and, before I knew it, war memories awoke inside me.” As the interviewers drove away in their car inspired by her sadness for their next report, Teuta was left exhausted and in pain with little to distract her.

Indeed, many women told me that feelings of sadness were especially strong in the absence of distraction, during times of idleness, when the hands rested. It was then that sad and distressing thoughts intruded keeping the women in their grip. Especially during the wintertime, when there was little farm work, women had recurring thoughts that circulated in their minds blending memories of the war with current worries about their economic situation. Elira told me, “If I sit and drink coffee all day long, I start to think about the sad things, about the war, about the people we have lost.” Nora explained with frustration, “[in the summer] I work in the garden and around the house; there is lots to do. But now, I drink tea, coffee, tea, coffee… When I get lonely, I cry.” Feeling lonely and heart broken was related to the pervasive character of sadness, grief, and worries. “We are always in grief” I was sometimes told by the women as they remembered the war and contemplated what could have been had their husbands and sons not been killed, their compounds not destroyed, and their country not so utterly mismanaged.

Another facet of mërzitna was feeling worried; this was expressed somewhat differently from that of sadness. It reflected compassion for others and concerns for one’s own future. In terms of compassion, women explained that they often felt sick worrying for somebody else’s health and wellbeing. In so doing, they accentuated a positive image of themselves by talking about their bodily and emotional symptoms within the context of their deeper concern for family members. Arieta told me, for example, that she felt weak and nauseated worrying for her son who had injured himself on his construction job in Italy while Flora explained that she suffered from undefined pain connected to concerns about her daughter who was going through a complicated pregnancy.

Engaging in such compassionate “emotion talk” allowed the women to demonstrate how emotionally invested they were in the lives of their family members and friends, therefore, providing a vehicle through which to present themselves as selfless and self-sacrificing. In reality though, the emotional investment was not to go unnoticed in social interactions and for feelings not to tip into disappointment, or even bitterness. An elderly lady complained bitterly in one of our conversations that she had sacrificed herself for her family-in-law before and during the war and received hardly any recognition for all she had done. Putting her feelings in a nutshell, she said, “They were like ‘now that we crossed the river with the help of the horse [her] – screw the horse as we don’t need it anymore’.”

Sharing stories of compassion and care for others ensnared women in “moral webs” [8] while also giving them a means by which to voice uncomfortable truths when feeling forsaken by others and disregarded by local and national government institutions. Due to their country’s fragile economic situation with high rates of unemployment, hovering at 50% at the time of my research, women voiced their worries about their, and other’s, economic situation. In their daily life, they struggled to support their families, send their children to school, purchase medication, and pay the bills.

As we were sitting together drinking coffee, Lorida exclaimed, “When I am mërzitna, my chest hurts and my blood goes up. I can’t control it.” Insistently she asked, “But tell me, aren’t these all reasons to be mërzitna? We don’t have money for this and for that, we can’t go here or there, we can’t afford the schooling of our children… you just get sick worrying.” Women like Lorida often felt buffeted about as they listened to promises of pension increases and new job opportunities by politicians, while scrambling for humanitarian aid that claimed to lead to “economic sustainability”. Feeling played and humiliated by their political leaders, the women believed that they needed to build their own alliances and economic networks.

While these networks were valuable and often helped them to deal with acute economic difficulties, they were usually not strong enough when confronted with falling market prices, crop failure, and the forces of nature that kept them from selling their produce. In these situations, feelings of helplessness and loneliness could be overpowering. One night I sat, tired, on Makfire’s couch after we had tried to secure the tarps of her greenhouses during a storm in the dark. We had worked fast pulling down the heavy sheets of plastic, reconnecting them to metal rods, and fixing rips with duct tape as the wind kept tearing through the fabric. Back inside, one of her daughters started crying from exhaustion and Makfire said unnerved, “You dumb head, what are you scared of? You mustn’t be scared! If this is what God wants, we cannot do anything about it!” Then she turned to me, now crying herself, “This is how we live: we worry! We invested into equipment to build the greenhouses. We borrowed the money from neighbours and friends! I have headaches because I am mërzitna!”

Mërzitna could be simultaneously both overwhelming and a source that brought women together in supportive ways enabling them to share their pains and, thereby, express their dissent with societal structures and related social inequalities and disadvantage. The political scientist, Barbara Prainsack, suggested to me in a personal conversation to think of such painful exchanges as an act of “conspirare”. Conspirare means “breathing together” and is also the derivation of the word “conspire”, that is, the act of collusion between people who secretly plan to do something against someone else’s wishes. I find this analogy fitting as mërzitna brought women together to co-articulate truth claims, re-shape history, and demand a better future for themselves, their families, and their country. Conspiring in such symptomatic exchange did not come easily; it was hard physical and emotional labour. Importantly, the impressions that these painful dialogues made were not invisible. They left tangible traces on bodies, minds and social relations which, in turn, historicized pains, feelings, memories and demands for the future for others to see and engage with.

[7] All names are pseudonyms to protect the women’s anonymity and privacy.